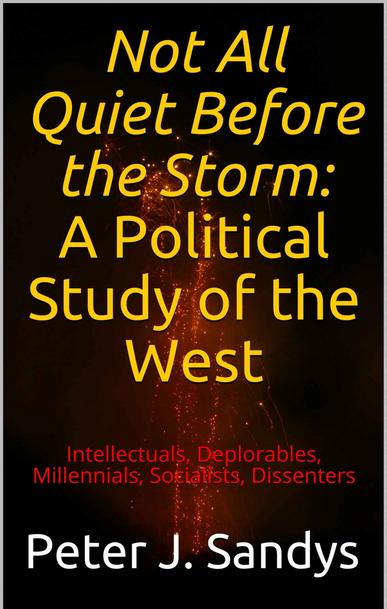 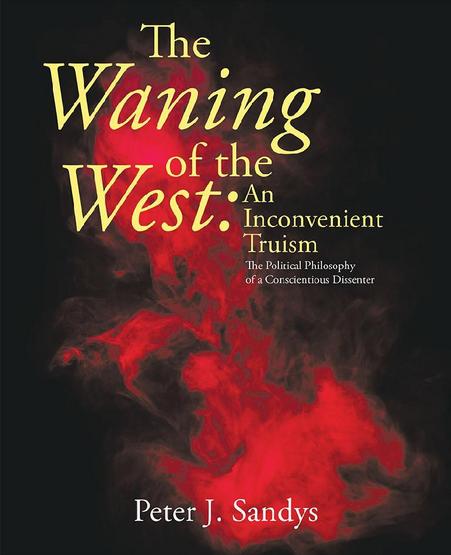 THE POLITICAL PHILOSOPHY OF A DISSENTER

​​Conscientious Dissenter rejects liberal democracy, globalism, and socialism. It provides an alternative system, the New West, based on the political philosophy of the Essential Option, steering Western culture and politics onto a sustainable course.

1) The book “Not All Quiet Before the Storm: A Political Study of the West” offers a comprehensive, political, and philosophical commentary on the increasing popularity of socialism among liberal intellectuals, leftist generations of the young, and even Christian democrats. The author presents a series of extensive analyses on ideological, cultural, and generational wars, moral and identity issues, and the challenges facing the Western world in the twenty-first century.

Topics include:
• the new popularity of socialism;
• young and left-liberal intellectuals;
• the socialist education of the youth;
• the globalist elites’ cosmopolitan plans;
• globalism and the nation-states;
• the West moves to the left;
• cultural and new cold wars;
• Christianity and socialism;
• Europe, Germany, and Brexit;
• national identity and patriotism.

2) The book “The Waning of the West: An Inconvenient Truism” delivers the author’s thoughts on the rejection of liberal democracy and the condemnation of the globalist elite. The tone of the work is “politically incorrect.” The book describes the decline and socialist transformation of the West. It examines and is highly critical of the present Western political arrangement and offers recommendations on solving the readily apparent impasse. The reader is probably not used to the severe but frank stricture and rejection of democracy, the condemnation of the globalizing Western elite, and the recommendation to introduce such an aristocratic political system as was initially proposed by the American Founding Fathers. The book explains the current political climate and culture of the Western world, covers much of the history that led to this point. It outlines an alternative system termed the New West based on the political philosophy of the Essential Option. This philosophy has the manners, values, and qualities of a meritorious aristocracy and a hierarchical government system intended to steer Western culture and politics onto a sustainable course.

Topics include:
• the screenplay of the Velvet Revolution;
• European federalism under German leadership;
• Russia’s newly found old identity;
• a critique of liberalism;
• an analysis of democracy;
• a critique of socialism;
• a review of modern conservatism;
• deteriorating social values.

Today, any dissenter who insists on upholding the prevailing law is a natural enemy in the rulers’ eyes. With all the energy at the rulers’ command, he will be denounced and defamed, charged, and sued. Thoughts are not free in the West today, but dangerous. Words could become actions; therefore, any arguing is to be avoided. The characteristic signs of a totalitarian state are the persecution of certain tendencies, the harassment of certain attitudes, and the relentless assault on certain philosophies of life. The opponents’ dehumanization appears to be the greatest concern; the rivals’ motives are represented as illegitimate. The antagonist’s intentions are outrageous, disgraceful, and infamous; the official causes are sacrosanct, perfect, and inviolable. Not the purpose sanctifies the means, but the utilized means desecrate the purpose. As soon as any form of the inimical act is contemplated, the affair immediately exposes itself as “extremist” and is automatically worth the fight. And then ideological ditches will rapidly become genuine graves.